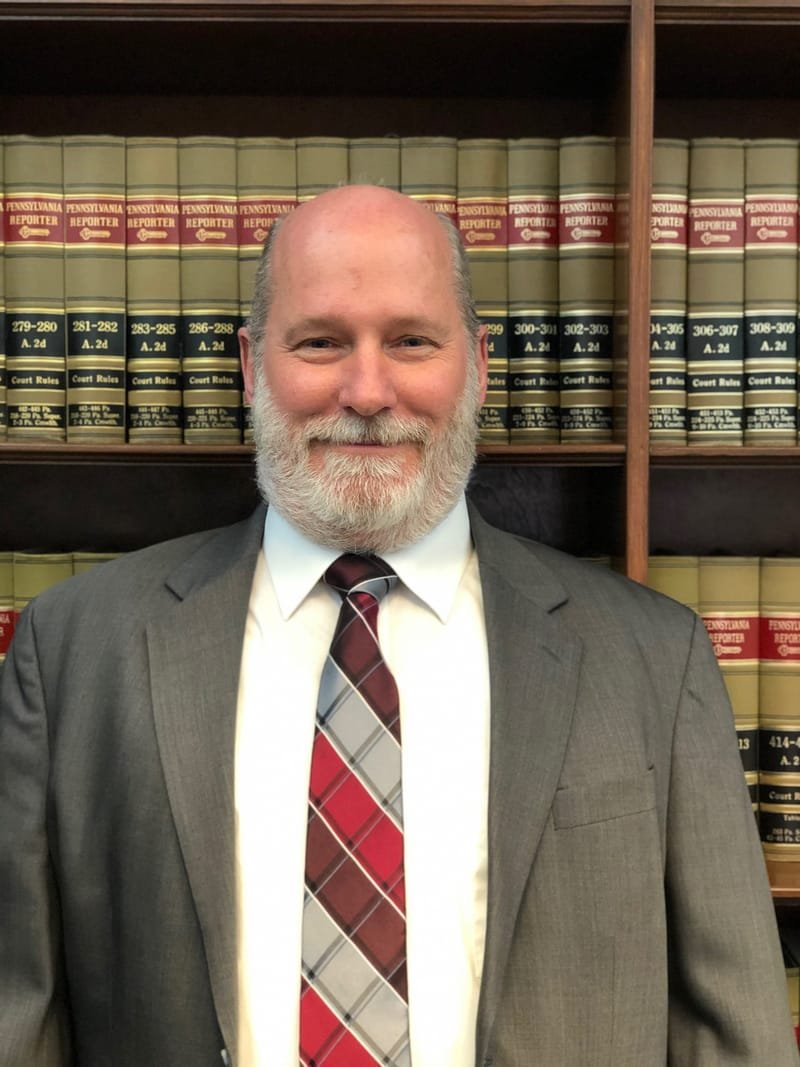 In 1993 he began his law career in Greensburg Pennsylvania representing insurance carriers in the defense of Workers’ Compensation claims, among other things.

Early in his career, he realized that he would receive far more satisfaction in representing injured workers; thus, since 1995, Attorney Russell has represented those who have sustained injuries during the course of work and clients seeking Social Security disability benefits.  Attorney Russell prides himself in helping clients receive the benefits they desperately need and deserve.

In addition to Workers’ Compensation and Social Security law, Attorney Russell also practices in the areas of Probate Administration, prepares Wills, Living Wills, and Powers of Attorney.   He also represents clients involved in Personal Injury claims as a result of bodily injury from motor vehicle accidents, slip and fall injuries, dog bite claims among others.

Attorney Russell resides in Armstrong County with his wife, Rachel, and two children.